The Lord is My Shepherd

The Lord is my Shepherd: Part 3

The Lord is My Shepherd: Part 3

He restores my soul. He leads me in paths of righteousness for his name’s sake. (Psalm 23:3 ESV)

Read the psalm from a shepherd’s perspective.

A cast sheep is a pathetic sight.  The sheep gets turned upside-down and cannot right itself without help.  It is dangerous for the sheep to be in such a vulnerable position.

A shepherd keeps count of his sheep and repeatedly restores cast sheep.

Such was the drama of the Parable of the Lost Sheep.  A shepherd counted and discovered one sheep was astray.  Understanding the immediate threat, albeit from being wandering alone or from being cast, he anxiously sought the missing sheep.  To his delight, he found it and rejoiced as he restored it.  He restores my soul!

Sometimes we’re downcast because of outside pressures.  5 For even when we came into Macedonia, our bodies had no rest, but we were afflicted at every turn—fighting without and fear within. 6 But God, who comforts the downcast, comforted us….(2 Corinthians 7:5-6 ESV)

When our Shepherd seeks us and finds us in such a spiritual, emotional or physical state, he does not chide us, ridicule us, or demean us; instead, he restores us, rights us and returns us to his fold again.

God is a Good Shepherd who knows and understands his sheep, including that we are prone to wander and that we are vulnerable to be downcast.  He is attentive to each of us, counting, as it were, to ensure our well-being, and he is eager to restore the downcast or the one gone astray.

Be restored in your soul.

Abraham, Isaac, and Jacob lived a somewhat nomadic life—they lived in tents and moved with their sheep herds as needed.

Like his forefathers, David began grazing his sheep in the southern fields around Bethlehem, and as summer’s heat settled and the rains ceased, he moved northward, ultimately into the grounds surrounding the Sea of Galilee.  Such journeys were imperative to the health and vitality of the flock.

Providing green pastures was essential.  The pathways taken to those pastures were vitally important, too.  No wonder David proclaimed, The Lord leads me in paths of righteousness for his name’s sake.

Life is a journey.  For followers of Jesus Christ, the journey is well planned and ends well too.  Our Shepherd guides us on the pathway of righteousness during every season of our lives.

At the end of the journey, we will stand in his presence and be made like him in glory, and each of us will praise him unceasingly for the righteous path we traversed.

5 Trust in the LORD with all your heart, and do not lean on your own understanding. 6 In all your ways acknowledge him, and he will make straight your paths.(Proverbs 3:5-6 ESV)

Be led in the paths of righteousness for Jesus’ name sake. 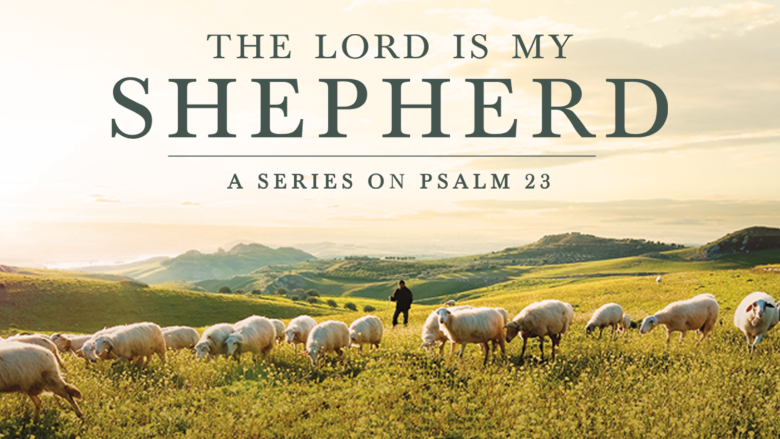 A 6 week study on truths found in Psalms 23. 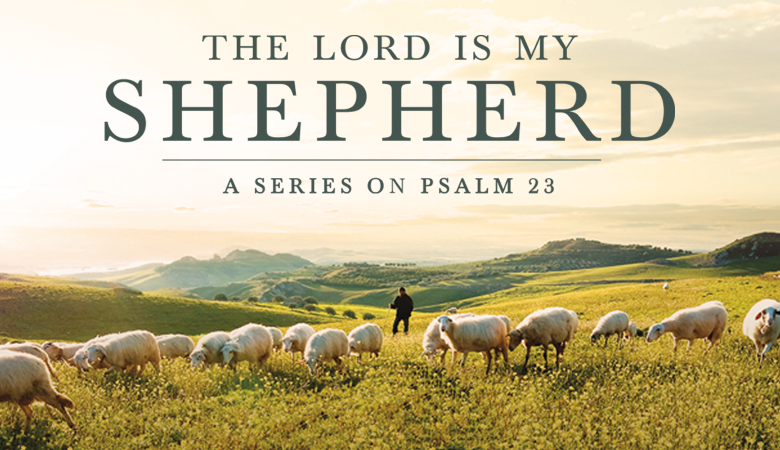 The Lord is My Shepherd: Part 1

We have a shepherd that acts as our leader and protector.

The Lord is my Shepherd: Part 2

A shepherd desires rich nutritious pasture for his sheep. Jesus, the...

The Lord is my Shepherd: Part 4

David took his sheep on the journey through the valley of the shadow of...

The Lord is my Shepherd: Part 5

As a shepherd is alert to the threats of his sheep, so the Lord is...

The Lord is my Shepherd: Part 6

Looking back on our lives, we can see goodness and mercy following us...